3.2.2 The size of the wedge
The wedge is made from WCB, which is the same as the valve body and is integrally casted (Figure 4). Calculate the thickness tB of the wedge, and get the following formula: 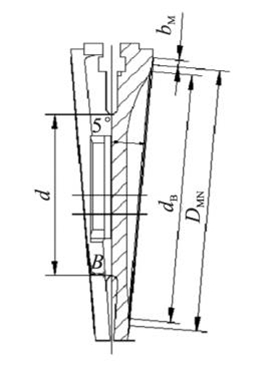 Figure 4 The structure of the wedge

4. The analysis and verification of the sealing structure
In order to verify the structural design and performance of the large-diameter wedge gate valve's sealing pairs, the finite element numerical simulation method is used to calculate the deformation of the valve body and the wedge under the test load.

4.1 Establishing a geometric model and setting properties of materials
Three-dimensional modeling is carried out based on the above calculation results of the valve body and the sealing substructure of the wedge, and the built three-dimensional model is input into the analysis software. The material of the valve body and wedge is WCB, and the material properties of the finite element analysis model are set according to the parameters in Table 1.

Table 1 Parameters of materials and characteristics
4.2 The finite element analysis of the valve body
4.2.1 Meshing division
Mesh division is an important part of the finite element analysis process. In the finite element calculation, only the nodes and elements of the mesh participate in the calculation. The density of the mesh directly affects the accuracy of the calculation results, but the refined mesh will increase the CPU's calculation time and storage space. Ideally, the mesh density required by the user is the density whose result does not change with the refinement of the mesh, that is, when the mesh is refined, the solution does not change significantly. The valve body is divided by tetrahedral meshes. The meshing model is shown in Figure 5. It contains 1132651 nodes and 753671 elements. The average quality of the elements is 0.815 and the orthogonal quality is 0.843. The mesh quality is good.

Figure 5 Meshing of the valve body

4.2.2 Constraints and boundary conditions
The simulation calculation is that when the gate valve is closed, the sealing test pressure is 1.1MPa loaded into the cavity.
The sealing force FM on the valve sealing surface is as the following:

Among them, take DMN 1100 mm, bM 20 mm, qMF 3.2MPa, and calculate FM to be 225kN. The valve body is also affected by the gravity of the valve bonnet and electric fitting part, which is about 20kN. Constraints and boundary conditions are conducted for the valve body, as shown in Figure 6. 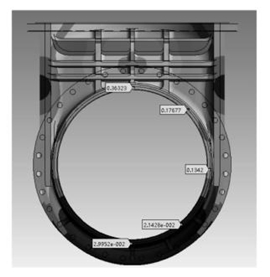 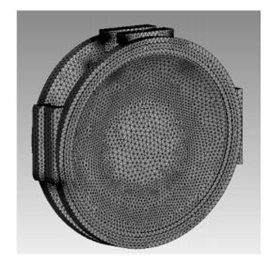 Figure 8 Mesh division of the wedge 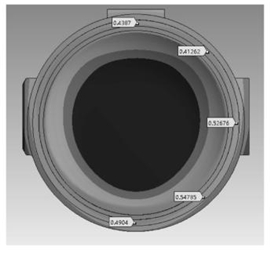 5. Conclusion
The large-diameter wedge gate valve of DN1200 is selected as the research object in this article. Its structure and working principles are clarified, and the valve body of the wedge gate valve and main parts of the valve plate are designed, including the structure of the middle cavity in the valve body and distribution of reinforcing ribs, thicknesses of valve plates, elastic ratios as well as checking the strength and deformation of the valve body and wedge. The results show that the design in this article can fully meet the required strength.